You are here: Home » Welcome » Our History 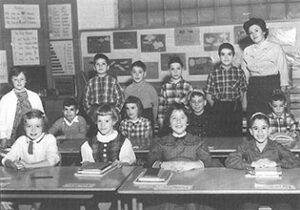 After the initial leadership of Rabbi Hans Zucker and Dr. Manfred Strauss, Dr. Enoch H. Kronheim, z”l, became the congregation’s first full-time rabbi in January 1946. Jacob Shtull, z”l, was installed as Rabbi in 1958 and served as spiritual leader for 35 years, until he retired in 1992. He was replaced by Rabbi Gary Robuck who served until 2003. The synagogue has since been led by Rabbi Eddie Bernstein, Rabbi David Kosak, Rabbi Eddie Sukol (in an interim capacity), and Rabbi Scott Roland, who was installed in July 2016. 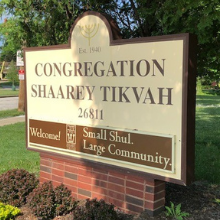 The Congregation honors its origins in many ways. Perhaps the most significant was its creation of the Face to Face program, now managed by the Kol Israel Foundation, which encourages area students to develop an increased sense of responsibility by confronting the historical reality of World War II and the Holocaust. Volunteers, including many from Shaarey Tikvah, have educated tens of thousands of students about the Jewish experience of the Holocaust since the program’s inception in 1994. Most of the student participants are not Jewish and have never before seen the inside of a synagogue. In 2019, Kol Israel Foundation assumed responsibility for the Face to Face program, but it continues to be housed in our building, and members help deliver its curriculum.

Today, our Congregation includes descendants of the original founding families and members from many backgrounds, states, countries and cultures. Our diversity is one of our core strengths.